If you’ve read any of my recent stories, you no doubt have seen me write about Mary’s Walk and the Kerrymen 5K road race. Both events are near and dear to me and in an important and significant way, they have helped a community and a number of families heal.

What follows is one student’s story about her teacher, a keynote speaker at the 2016 Mary’s Walk and Kerrymen 5K, and the husband of a cancer survivor. I think she captures the essence of the event and quintessential nature of what it means to be a teacher. 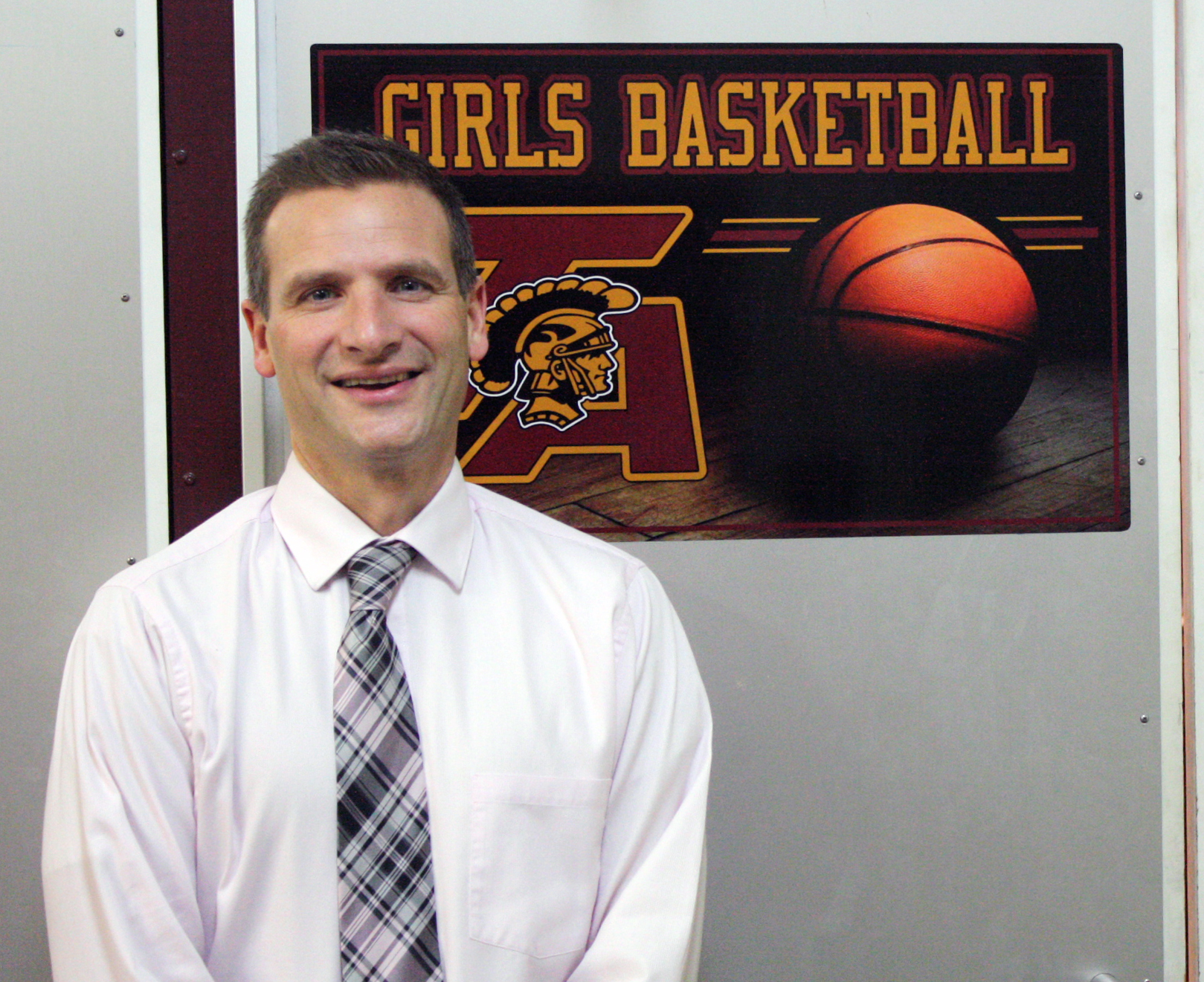 SACO – Mary’s Walk, a community-based event focused on raising money to help with the fight against cancer in Maine, has been held for the past 20 years on the Sunday after St. Patrick’s Day. The combined events, a 5K road race and a 2.25-mile walk, honor the life and memory of Mary Kerry Libby, a Saco mother of three who died in 1999 after a prolonged battle with Burkitt’s Lymphoma. Libby might have lost her battle with cancer, but she left a legacy that has endured for two decades and shows no sign of abating.

Each year, the organizing committee for the walk and the run try to find someone from the community who will be able to speak about the impact this event has had on their lives. Eric Marston, a history teacher at Thornton Academy, was asked to speak in 2016 and talk about the battle his wife, Nancy, had endured. Nancy was diagnosed in December 2014 with breast cancer, and after being confronted with an eerily similar set of circumstances, she and her family were determined to find a positive outcome.

Marston, a teacher who is known for his quick wit and steady sense of humor, never thought that their lives would change in this way, but together, the family learned how to fight in the “face of adversity”.

During his speech to the assembled runners and walkers, Marston discussed the importance of staying upbeat, optimistic, and fighting challenges head-on.

“When she lost her hair she used to say, this is great, I get to put on my wig instead of spending time fixing my hair,” Marston said and laughed as he recalled the conversation.

The Marston family has participated in this event from the beginning, walking and raising money for the Maine Cancer Foundation. Once the family was forced to focus on Nancy’s breast cancer, the event became more than just a walk; more than just a community event; it was about helping to find a cure. This event now symbolizes hope for the Marston family and for the ever-increasing number of others who are faced with similar diagnoses.

When Marston thinks of Mary’s Walk, he thinks of the city that he has always called home. Marston said, “when there is a need in this community, everyone helps.”

Mary’s Walk and the Kerrymen 5K have been winding their way through the streets of downtown Saco for the past 20 years, and Marston truly believes that his hometown and his school, Thornton Academy, have had a “tremendous impact” on cancer research.

“It can be as little as a gas card to get a patient to a treatment facility or as big as funding the research for a cure, there is no amount too small,” he said. “Every gesture helps. Every dollar raised helps.”

Now entering its third decade as a privately organized fund-raising event, Mary’s Walk and the Kerrymen 5K have raised more than $3 million for the Maine Cancer Foundation.

“We have had to have made an impact in one way or another,” Marston said.

Mary’s Walk is one of the longest-running private charities supported all by volunteers, and Marston hopes this event continues to “grow and expand” the knowledge of cancer research and to “inspire and ignite” others to unite together in the fight against cancer.

“One day, together, maybe we can save all of the lives now lost to this horrible disease,” Marston said during his 2016 speech.

“This disease does not discriminate – we all know someone who has suffered through this,” he said. “Cancer does not define who you are – you do. Ultimately, we will win because of Mary’s Walk, because of the Maine Cancer Foundation, [and] because of the positive influences.”

Eric Marston – a teacher whose lessons may last a lifetime